In Oakville luxury homes can be found in all corners of the town and there are many of them too, in many towns luxury homes are confined to just one neighbourhood! A fabulous quality of life, a location right on the shores of Lake Ontario, and an easy commute into Toronto has made Oakville, Ontario one of the country’s favourite towns to live in. It attracts families, seniors, and young professionals, but it also attracts a large proportion of Canada’s wealthiest people – this is, after all, said to be one of the wealthiest – if not the wealthiest – towns in the whole of Canada, so it only follows that there are numerous luxury homes here too.

Where to Buy a Luxury Home

So if you are in the market for a luxury home, where in Oakville should you buy one? The problem is – depending on which way you look at it – there are so many luxury homes to choose from, in so many different neighbourhoods, that narrowing down your choices could be difficult. So, we’re going to try to help you out.

If you want the most exclusive neighbourhood in Oakville, where there are the most luxury homes, you should head for Morrison. This isn't just the most desirable neighbourhood in Oakville, it is one of the most desirable in the country. There are some homes here priced around the Oakville average, but this is where many luxury homes can be found and their price tags average around $1.5 million. It all depends on which home you choose, and on which street – obviously the closer you are to Lake Ontario the more expensive the home will be, but you should expect many homes here to be several million and upwards.

Olde Oakville is also somewhat of an exclusive neighbourhood. This is where the town began so it’s steeped in history and has many heritage homes. In terms of Oakville luxury homes some of the town’s most prestigious streets are here including Gloucester Drive, Chartwell Road, and Balsam Drive. There are estates along these roads that would sell in the range of $5 to $15 million.

What Do You Consider Luxurious?

What one home buyer considers to be luxurious can be quite different to the next. For some, owning a home that backs onto a golf course as popular as Glen Abbey Golf course, is living a life of luxury. For others, being close to some an Oakville Private School is their ideal lifestyle. Some even go as far as seeking out a specific builder like Ashley Oak Homes. We all have our own personal tastes but when spending millions of dollars nobody wants to compromise on their property choice. For this reason, sometimes the best luxury homes are those that have been custom built and if you go down this route you know you’ll be getting exactly what you want!

To return from this Oakville Luxury Homes page to the Oakville Homes And Condos page, click here. 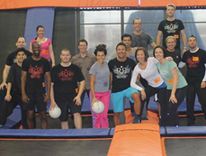